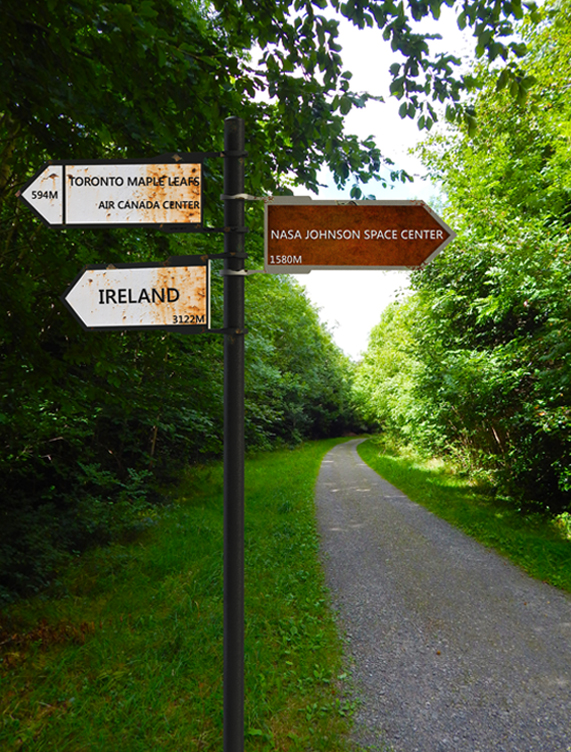 Chris Hadfield is a Tourism Ambassador for Ireland. The Canadian’s connection with Ireland began when his daughter came to Trinity College Dublin to pursue her studies, and continued when his photographs of Dublin and tweets in Irish from space caused a sensation among his global followers on social media.

Hadfield, who entralled people all over the world with his tweets from space during his five-month mission at the International Space Station in 2012, was inspired by space travel when he watched the Apollo 11 moon landing on TV as a child. 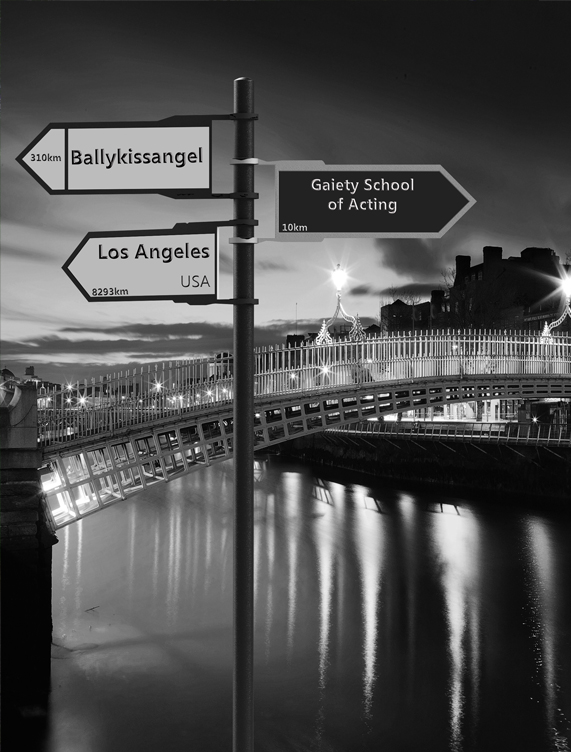 Born on the 31st of May 1976, Farrell grew up in Castleknock, County Dublin.

Unsuccessful in his audition to join boy band Boyzone, Farrell was encouraged by his brother to study theatre at the Gaiety School of Acting in Dublin. He dropped out of this prestigious school in 1996, however, when he was cast in his first television role, that of Danny Byrne in the BBC television drama Ballykissangel.

The name of the fictional village the show was derived from is Ballykissane, a townland near Killorglin in County Kerry. However it was in the village of Avoca, Co Wicklow where much of the filming took place. 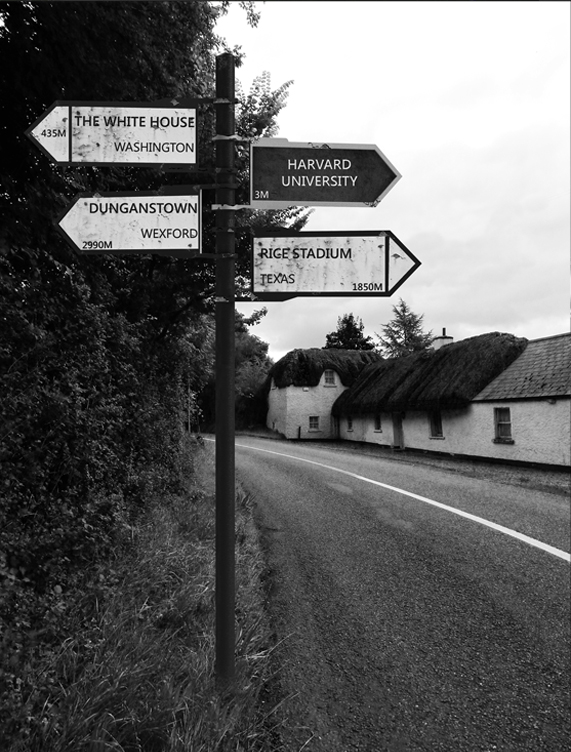 I promised I would keep in contact with you both during my time in Ireland. I know how you are both so proud of your Irish roots. Let me tell you that I am having the best four days of my life.

I am proud to say that right now I am standing at our family’s ancestral home in Dunganstown County Wexford. Visiting the little cottage made me think of what it will be like for my great grandchildren to see my first home in Brooklin.

I have to tell you that the people of Ireland have welcomed me with open arms, as if I were one of their own. The vitality and positivity of the atmosphere is very similar to what I experienced in the Rice Stadium in Texas when I first announced my goal to put a man on the moon! 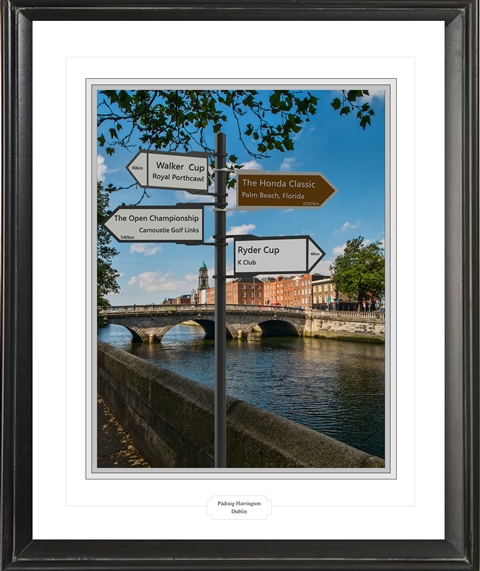 Pádraig Harrington, professional golfer and major PGA tournament winner, was born in the Dublin suburb of Rathfarnham so we have picked Dublin as his anchor location. Incidentally, he attended the same secondary school as fellow professional golfer and 2014 Europe Ryder Cup team captain Paul McGinley. The signposts point to the highlights of Pádraig’s golfing career.

Harrington was part of the winning Great Britain and Ireland team at the 1995 Walker Cup, the grand prix of amateur golf, held that year at Royal Porthcawl, Wales.

Harrington played on many Ryder Cup teams. We picked the 2006 tournament at the K Club, Straffan, Co Kildare. He was part of a Europe team captained by Ian Woosnam, which beat the USA by the record-equalling score of 18 and a half to nine and a half.

At the 2007 Open Championship, Harrington defeated Sergio García in a four-hole playoff at Carnoustie Golf Links, Scotland, becoming the first Irishman to win The Open Championship in 60 years.

After a long lean patch, Harrington returned to form in March 2015 when he won the Honda Classic, Florida. His world ranking before winning was 297th.

BARACK OBAMA, President of the United States of America

The first African-American President of the United States of America has a well-established Irish heritage, and we’ll get to that, but as he was born in Honolulu, Hawaii, we chose that as his anchor location. His signs point to Wichita, Kansas, where his mother was born, Harvard Law School, of which he is a graduate, the Trinity United Church of Christ, Chicago, where he married Michelle Robinson in 1992 and of course The White House, the official residence of the President of United States of America where he has lived with Michelle and their daughters since 2009.

So why is a small town in the midlands of Ireland, Moneygall, Co Offaly, to be precise, on President Obama’s sign? Moneygall is the birthplace of Obama’s Great-Great-Great Grandfather on his mother’s side, Falmouth Kearney. Kearney left for America in the mid-1800s at the age of 19, following his father Joseph, a shoemaker. Falmouth married a Charlotte Holloway. They died within a year of each other in Indiana – Charlotte in 1877 and Falmouth in 1878. President Barack Obama is the great-great grandson of Falmouth and Charlotte Kearney’s youngest daughter, Mary Ann.