Below are some samples of our personalised street signs. These signs are a combination of aluminium and foamex material.  You choose the colour, look, material and name and we do the rest.

They are great as a gift for an anniversary, birthday, wedding or any occasion really.  Great keepsake for families  with ancestry ties to Ireland.  Cool sign for your pub or restaurant or shop!  The list is endless! 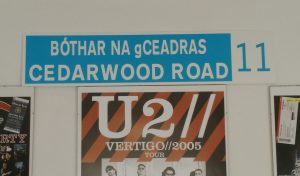 A famous U2 street in blue, new look text, on foamex material.

An historic street in green, old look on aluminium material 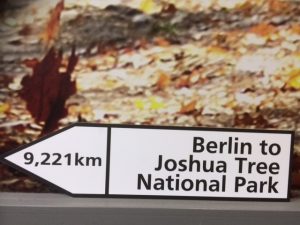 A black and white personalised fingerpost sign on foamex material.

Are you missing home?  Do you want a reminder of your old street sign?  Are you trying to think of a unique personalised gift to send to family or friends abroad?  Well, here is a unique idea for you, a Personalised Irish Street Sign.  Put your old street name, town name, family name, or quote, Irish saying, you choose the wording, we will add the Irish translation, and send it off to wherever you want in the world.  If you like the old green look or the new blue look, you choose and put your street sign up in the kitchen, hall, pub, social club or the office.  Order Now!

Posted by Amit Wadhwa at 11:57 | Uncategorized | Leave a comment

What to get for the person who has everything? A Signs From Ireland personalised Christmas gift is the answer! 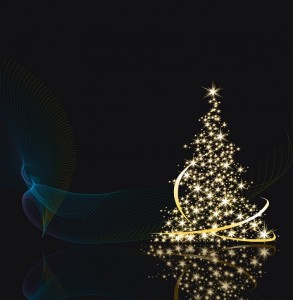 Perfect for men and women and ideal for a couple, it’s the most thoughtful gift and is sure to make you a very popular person! There are so many angles depending on the person’s connection to Ireland but the obvious ones are the birthplace or the location of the old family homestead, where they went to school or college, first job, where their partner is from, where the family grave is, where they’ve lived, the location of a memorable holiday …the list goes on! 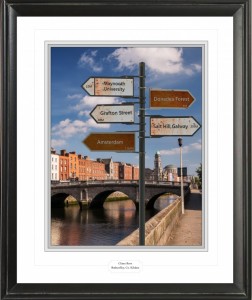 Great to see so many visitors to Ireland this Summer and generally throughout the year.  With the Wild Atlantic Way and Ireland’s Ancient East, there are many landmark places to visit around the country.  It’s always nice to have a keepsake to remember the places you have visited, so we designed a number of signpost posters with locations and miles to these landmark locations.  We have a poster with locations along the 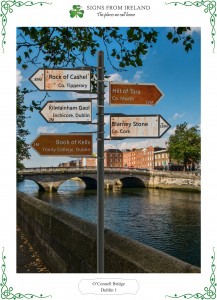 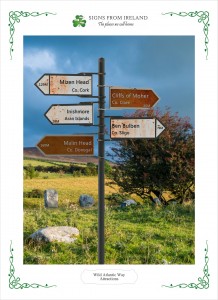 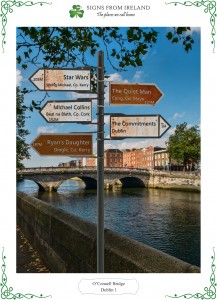 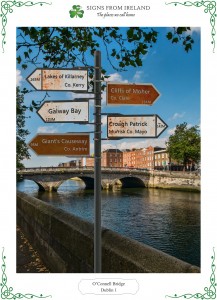 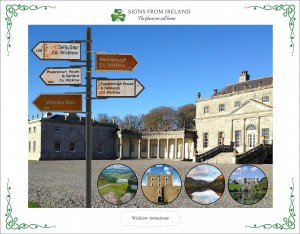 To order your posters online today and have them delivered to your home in a few days visit our shop.

U2 Street Signs – Where the Streets Do have a Name

We started a new collection of U2 Street Signs (Where the Streets Do have a Name) and they are going down very well. Below are some of the significant locations in the bands history, which we have street signs for: 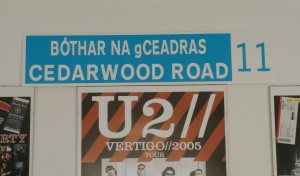 u2 tour de are giving you the chance to WIN a Cedarwood Road sign by simply answering a very easy question.

Why not enter the competition today or visit our shop to order your street sign Now!

A Signs from Ireland framed picture marks out a genuine Irish pub. Many Irish pub owners like to celebrate where in Ireland they or their ancestors are from – you sometimes see GAA county colours and family crests taking pride of place in the pub. The Signs from Ireland framed picture goes so much further than that because it shows all the significant places in someone’s life on a signpost. 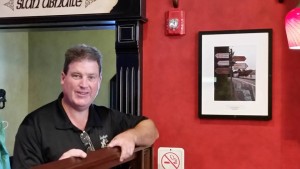 What makes the Irish pub so special?

Irish pubs abroad are so much more than bars. They are unofficial community centres – touch points for an emigrant population, social outlets for Irish people far from home, and the focus of sporting and cultural activities for the diaspora.

The Irish pub is one of our greatest exports. Why has it spread across the globe as a concept in a way that the hostelries of other cultures have not?

There is something welcoming and social about the layout, with the bar and bar stools allowing for shoulder-to-shoulder interaction, so much less formal and more social than table service. You can interact with the bar staff as well as with those sitting along the bar and with people as they come up to order. There are tables, booths and snugs but the layout is always about allowing free circulation of people so that conversations can happen.

In some cases, the décor may not even be especially ‘Irish’ but the support and solace offered to the ex-pat community sets the establishment apart and makes it a home from home for Irish people and people of Irish extraction.

For non-Irish people, the Irish pub is a convivial place alive with the potential for good times. It’s often the first encounter they will have with Irish culture and may well inspire a visit to Ireland or interest in Irish music, dancing and the culture in general.

Which is the most important one for you?

The seven signs you’re in a good Irish pub, according to Signs from Ireland 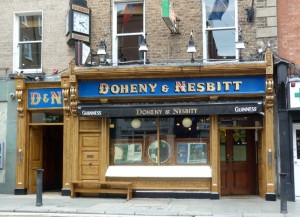 Admit it – you’re just a little bit disappointed if you are served in an Irish bar abroad by a person who is not Irish. Admittedly, there are many nationalities that are well capable of partaking in what we would call ‘the craic’ but a real, live Irish employee or owner is a sign of a good Irish pub. Why? Irish customers know their barman (or woman) will share their sense of humour, understand the sacrosanct nature of Guinness and possess an ability to discourse on matters of great Irish concern; sport, who’s dead and the weather!

It is not always a given that the Guinness will be good, but it is very important to Irish people or people who have spent any length of time in Ireland, that the Guinness tastes right and the pint is well poured. You know what they say – something that takes that long to pour has got to be worth waiting for!

There is a revolution going on in whiskey-distilling in Ireland. There were three major distilleries in Ireland up until two years ago but a host of microbreweries has sprouted in recent times including Teelings in Dublin, Connacht Whiskey in Ballina, Co Mayo and Dingle Distillery, Co Kerry (which also makes gin and vodka). Among the classics Bushmills, Paddy and Jameson, you should see names like Redbreast, Writers Tears and Glendalough in a good Irish pub. If you don’t, ask why not.

It’s a great thing for Irish pub décor that Guinness has been such a prolific and clever advertiser over the years. From the classic ‘Guinness is good for you’ series by John Gilroy starring the sea-lion and other animals, to the famous surfer and white horses ad from the late 1990s, there is plenty of source material from which publicans can draw. Old photos of Irish scenes, postcards, letters, passage tickets, tins, bottles and boxes, articles remembering great Irish people and events, especially Irish sport are also signs of care taken to make the décor as much like a pub at home as possible.

With such a rich musical tradition to draw from, publicans have no excuse for not playing Irish music of some description in the place. Whether it’s traditional, a ballad group like The Dubliners, a folky soundtrack from Christy Moore et al or something from the embarrassment of more recent Irish singers and bands making a name for themselves in Ireland and abroad, or indeed a mixture of everything, there’s enough music for there never to be a silent moment from one end of the week to the next. A really good Irish pub will have live traditional music and maybe a band or singer playing a repertoire of popular Irish songs. We do love a good singalong.

We’ve noticed that food can be an important part of the offering of an Irish pub abroad. And that’s a good thing. It’s comforting for ex-pats to be able to find staples of Irish cuisine like curry and lasagne when they are away from home! I am only half joking! Besides fresh salmon, bacon and cabbage and the delicious Irish stew (must be made with lamb, not beef!), we do like to see food that reminds us of home on the Irish pub menu, like burgers and the aforementioned classics – not originating in Ireland but commonly eaten there. Bonus points if they do hearty soup with good home-made brown bread, and triple bonus points for a toasted sandwich.

A Signs from Ireland signpost picture on the wall – the sign of an authentic Irish pub!

Pub owners often like to show where they are from. In big cities with large Irish populations such as Boston, New York or Syndey, Irish pubs can be associated with a particular county – a ‘Cavan pub’ for example, or a ‘Cork pub’ – because that’s where the owner’s roots were and people from those parts of Ireland tend to flock there.

The Signs from Ireland sign is a great way for the owner to show where he or she is from – indeed they can show all the important places in their lives in one, attractive picture.

So that’s our checklist for sizing up your local Irish pub. How did yours do? What’s your favourite Irish pub?

Where did it all go wrong? A recent history of Irish road sign design

Posted by Amit Wadhwa at 14:46 | Uncategorized | Leave a comment Garrett is a Fellow of the Royal Society of Arts and a member of the International Society of Typographic Designers. He is a graduate of Limerick School of Art and Design and the National College of Art & Design in Dublin (MA).

He has worked in London and Dublin with leading international design consultancies. He founded Rain design partners in 1998 with Clíona Geary.